The Oude Stamkoppel of Adriaan Wouters and Karel Meuleman 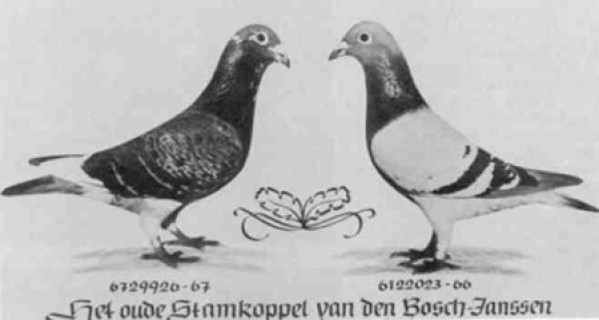 Also the Paenen x Theeuwes-hen, are found within the Wouters Meulemans colony,﻿ Hofkens had pigeons from various sources, Paenen, Andre Berte being two.

Interestingly through our research pigeon Belg74.6780214 is a full brother to the 'Oude Van Den Bosch' Belg67.6729926 of Karel Meuleman, Belg74.6780214 was owned by Mike Ganus and as far as we could find the only close blood relative of the cock of the Golden Pair from that period, Mike has informed me this line is now lost and no longer exists. Also to note the Van Den Bosch bloodline runs through the famous Janssens of Arendonk and Gust Hofkens of Merksplas family of pigeons, so when karel brought these lines into his own on occassion he was infact bringing already distantly related material. 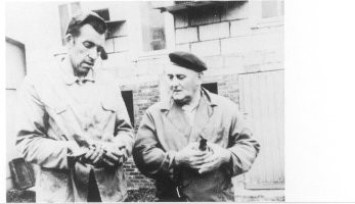 Albert Babington first introduced the Janssen-Van Den Bosch to the UK in 1975, with devastating results in the Midlands area, he was virtually untouchable in main stream racing, winning regularly in the region of 30 x 1st per season, rightfully earning him the name of Maestro of the Midlands!

In our opinion Albert Babington is without doubt one of the best fanciers the world has ever seen, we now house those very lines here at Timbarra Stud through our good friend John Kirk, we bought John's foundation breeders, this is the same bloodline of Albert Babingtons original birds which has covered an incredible many years from 1975 to the present day. 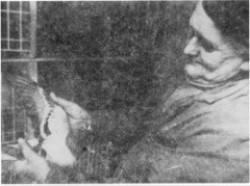 What also must not be forgotten is the part Adriaan Wouters played in the creation of this wonderful family (strain) of pigeons, realising the potential racing his famous Merckx which was crowned 1st National Ace Pigeon. and along with Karel laid the foundations of what is one of the all time great Belgium pigeon families (strains) and also the part Frans Marien played, although the main continuous factor in the building of the Janssen-Van Den Bosch in Arendonk was and still is Karel Meuleman who is in partnership with his daughter and races under the name Meulemans-Damen and who recently in 2014 won 1st International, St Vincent 11,437 birds.

The part Adriaan Wouters played should still not be underestimated as Albert Babington was told on his first visit to Arendonk ' the most expensive birds are those of the Brothers Janssen, but the best birds belong to Adriaan Wouters. 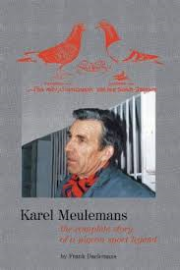 Timbarra lofts would like to thank the following people for their permission in using material from their publications and personal photographs they supplied, Albert Babington, John Kirk & Son and Frank Daelemans (Belgium) Author of Karel Meulemans A complete story of a pigeon sport legend, and Richard Kirkbride (UK) Author of The true story of the Janssen-Van Den Bosch and Herman Beverdam of Enter, a true master at maintaining these bloodlines and the type from 1976 to present day.

Our Website is dedicated to the Janssen-Van Den Bosch/Wouters-Meulemans, and all those who have made the family what it is today.